We are operating as normal both from the office and working remotely. More info here 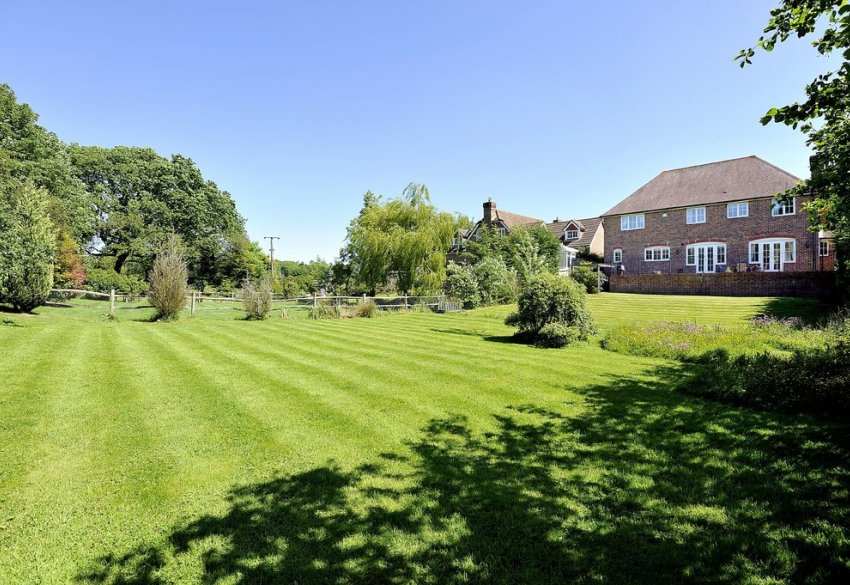 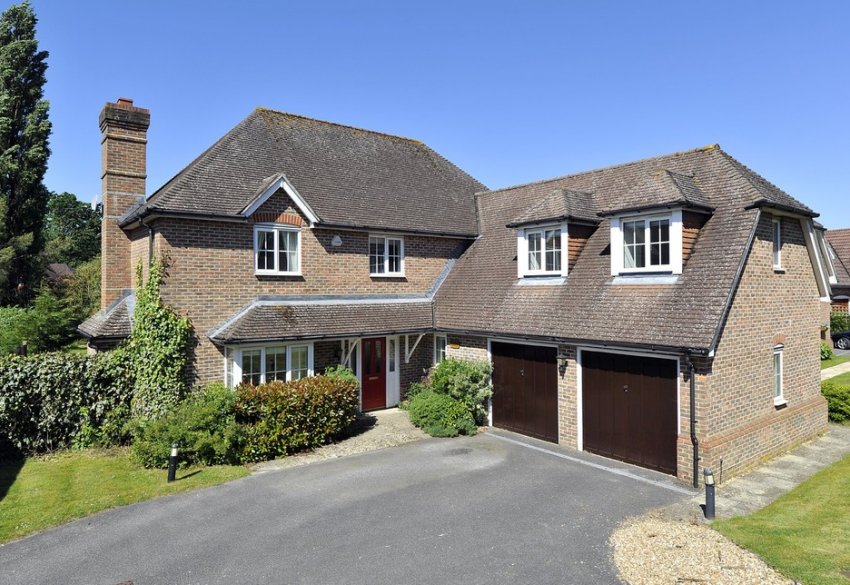 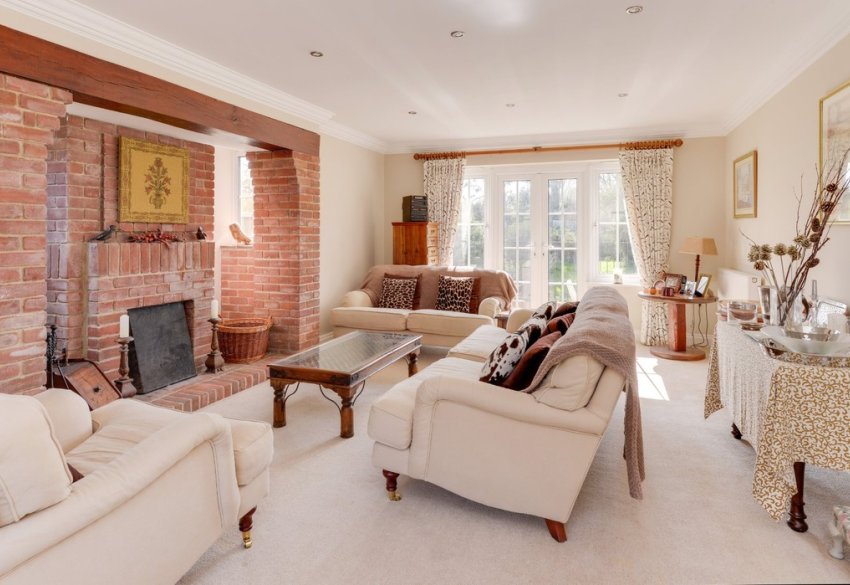 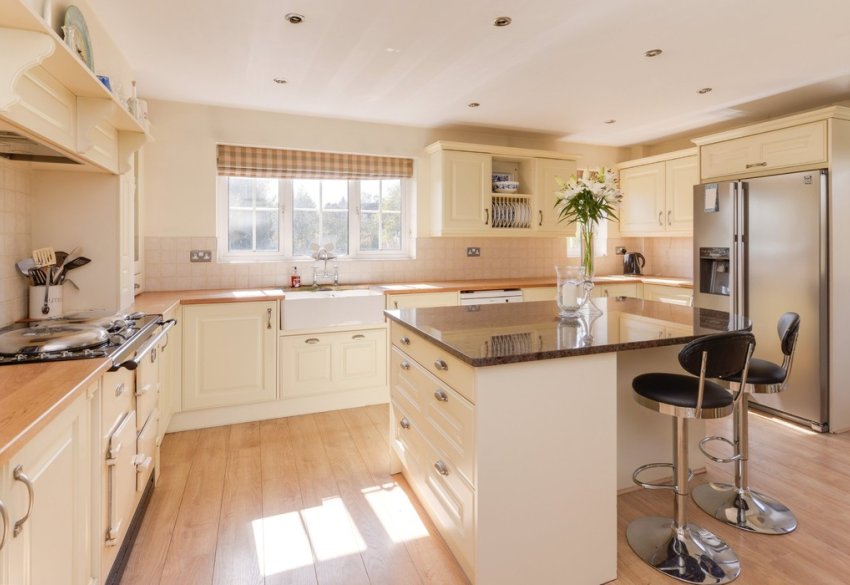 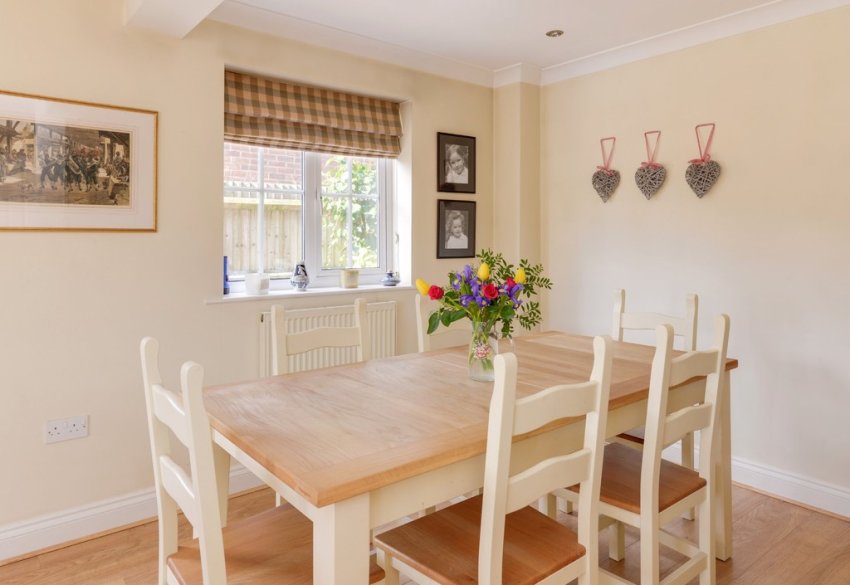 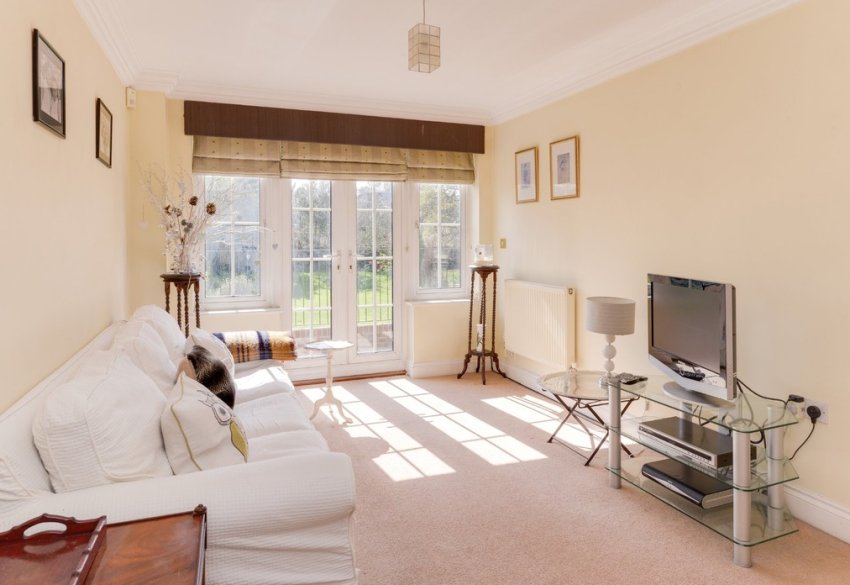 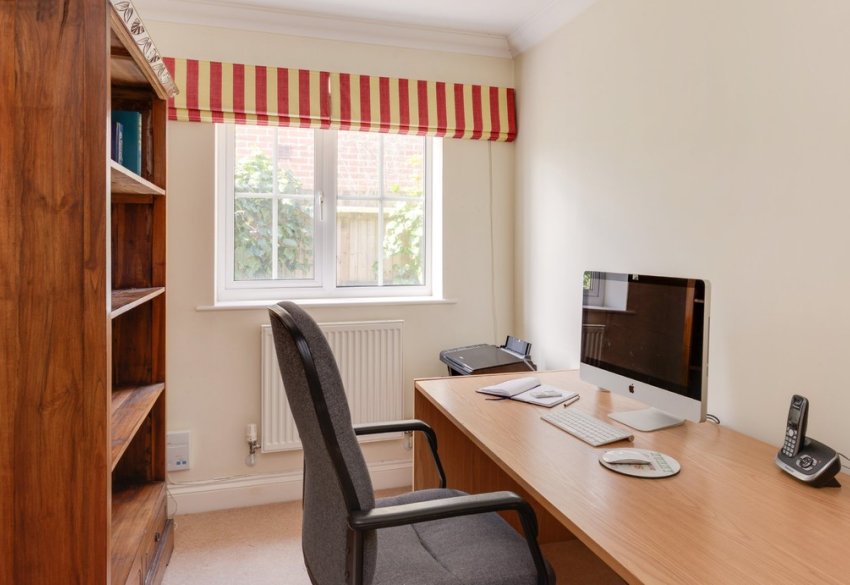 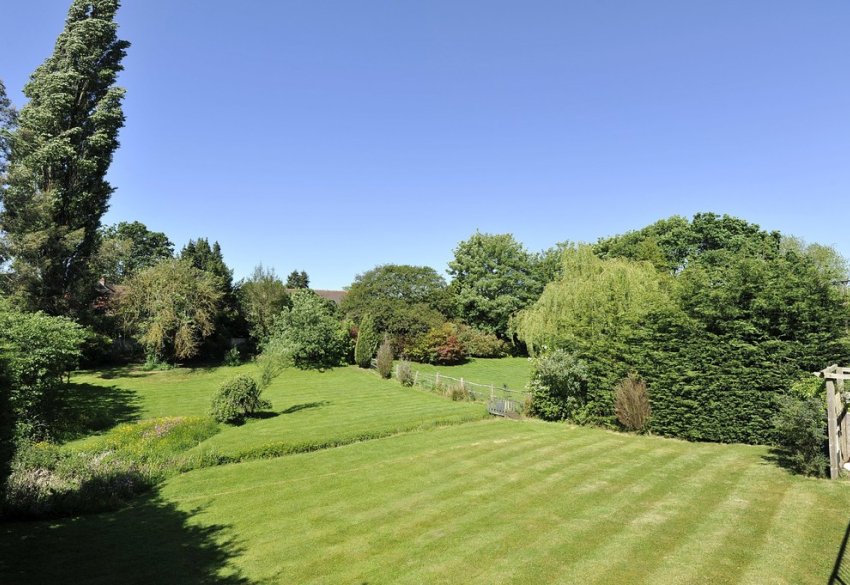 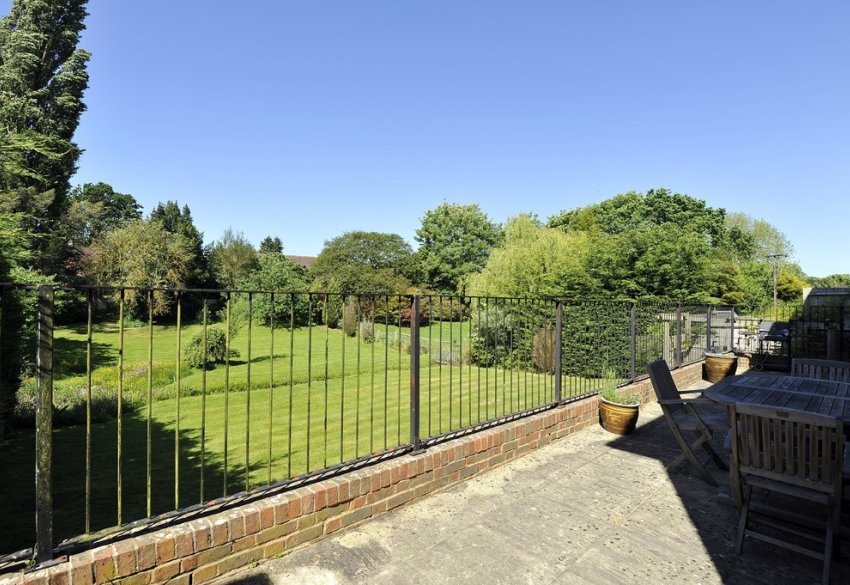 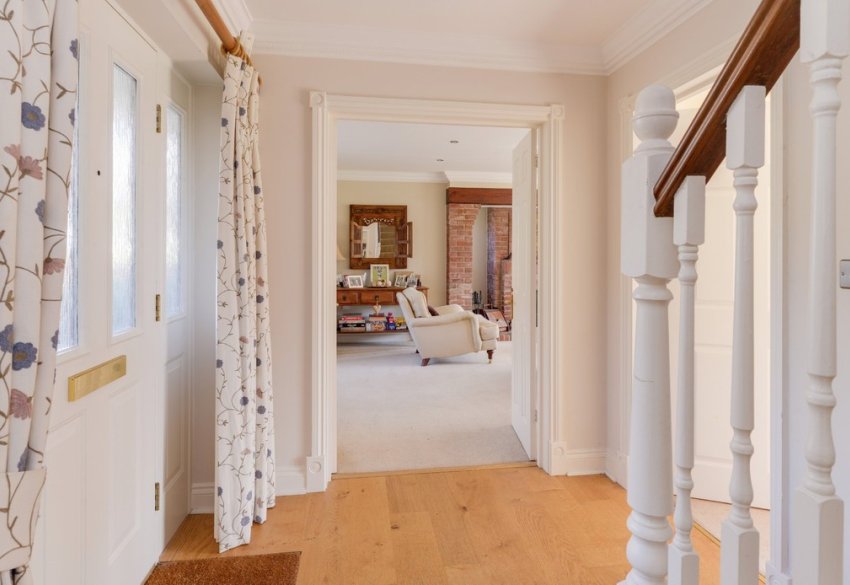 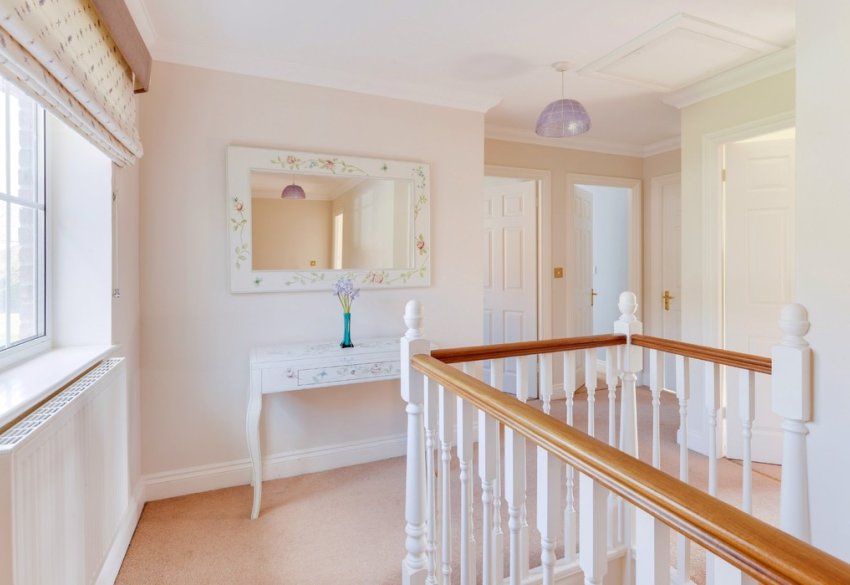 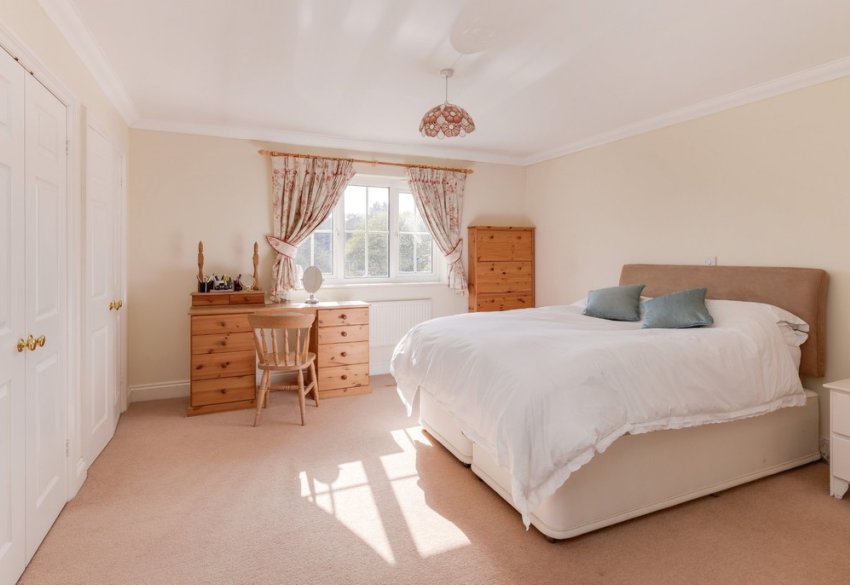 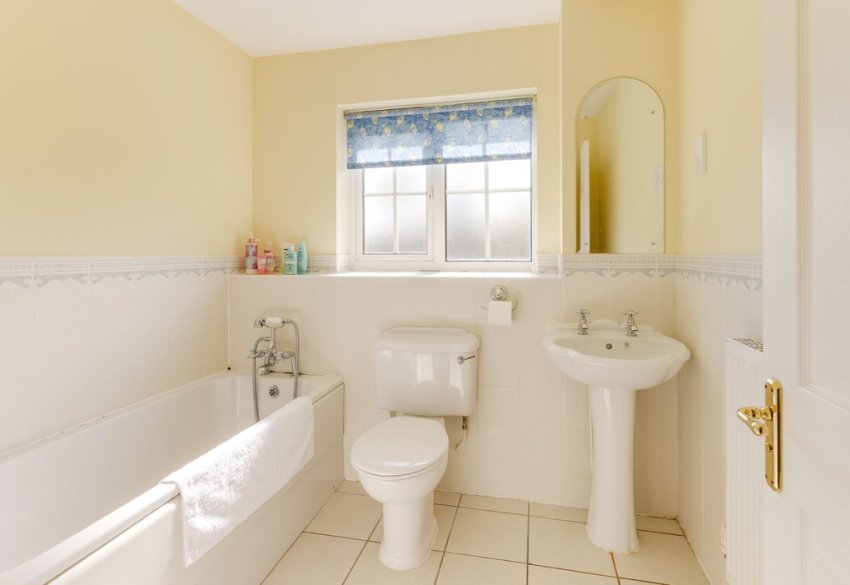 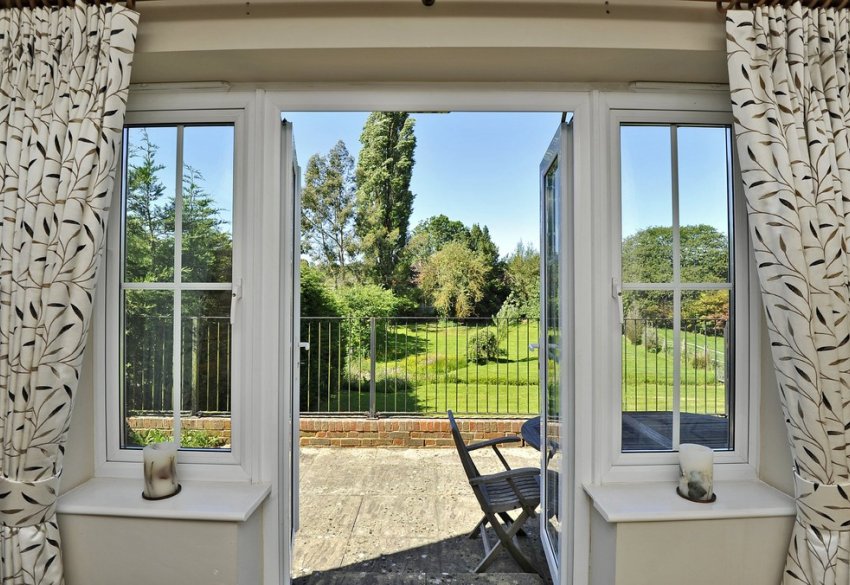 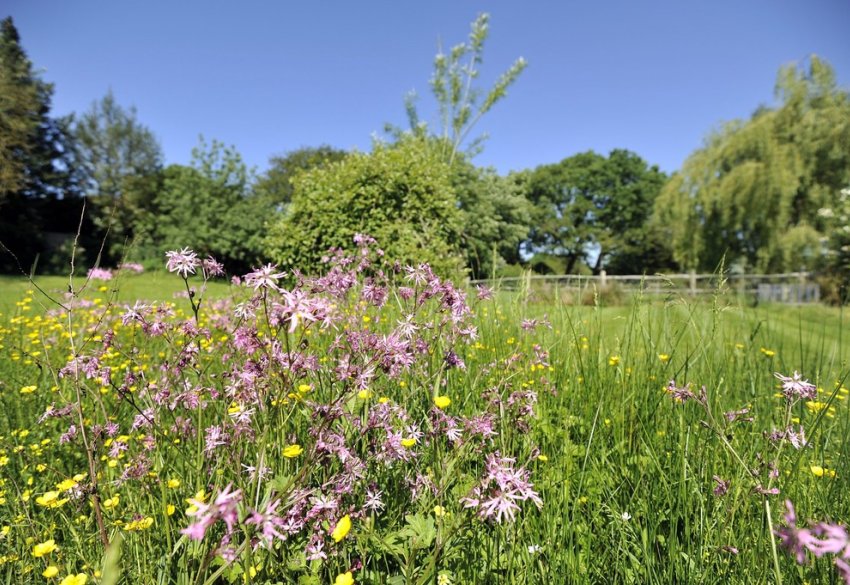 Strictly by appointment with the sole agent

Woolly Lodge is an attractive modern family home with extensive accommodation, situated in a secluded, small and private development of just 9 houses, in the Downland hamlet of Watersfield. The property was built in 2001 and offers well-presented accommodation extending to about 2,423 sq ft which includes, on the ground floor, a spacious entrance hall with double doors opening into a triple aspect sitting room, with a striking inglenook style brick open fireplace and also with French windows onto the raised terrace and views onto the garden. Also off the hall are the dining room, with French windows opening on the raised terrace, and the large L-shaped fully fitted kitchen/breakfast room with attractive range of cream shaker style units incorporating an Esse range cooker with extractor fan over, a wine cooler and a built-in Bosch dishwasher. Beyond the kitchen is the cloakroom, study and very large utility room, converted from one of the original garages. A door opens to the integral garage.

The property is approached over an entrance drive with ample parking and which is boarded by an area of lawn with mature shrubs and providing a side access to the rear garden. At the rear of the house is a good size raised terrace, facing south-west, which runs along the back of the house with lovely views over the garden and beyond. Steps lead down to the main garden which faces south-west and is mainly laid to lawn with mature hedges and shrubs and with a small stream running through it. In all the property extends to about 0.36 of an acre.

Woolly Lodge is in the hamlet of Watersfield, within the parish of Coldwaltham, which is home to an ancient 13th Century church dedicated to St Giles which has a rare 11th Century grave stone and a yew tree thought to be over 3,000 years old. The surrounding area has many points of interest including the well-known nature reserves of Amberley and Pulborough Wild Brooks, Amberley Castle and a well-documented Roman settlement at nearby Bignor. Watersfield is surrounded by some of the most beautiful countryside in West Sussex and sits within the heart of the South Downs National Park, it is located just south of Pulborough with its mainline station (3 miles) providing a service to Gatwick, London Bridge and Victoria (70 mins) and along the coast. Just north of Pulborough are both Tesco and Sainsbury supermarkets along with a range of independent local shops in Pulborough itself. Both Chichester and Horsham are approximately 15 miles away providing additional shopping and amenities. Golf is played locally at The West Sussex Golf Club, Pulborough or Cowdray Park, Midhurst and Goodwood, where there is also horse racing, motor racing and a health club. There is a primary school in the village and a good choice of independent schools within half an hour's drive. There are many footpaths and bridleways nearby.

Strictly by appointment with the sole agent

To book a viewing or make an enquiry, please complete this form.