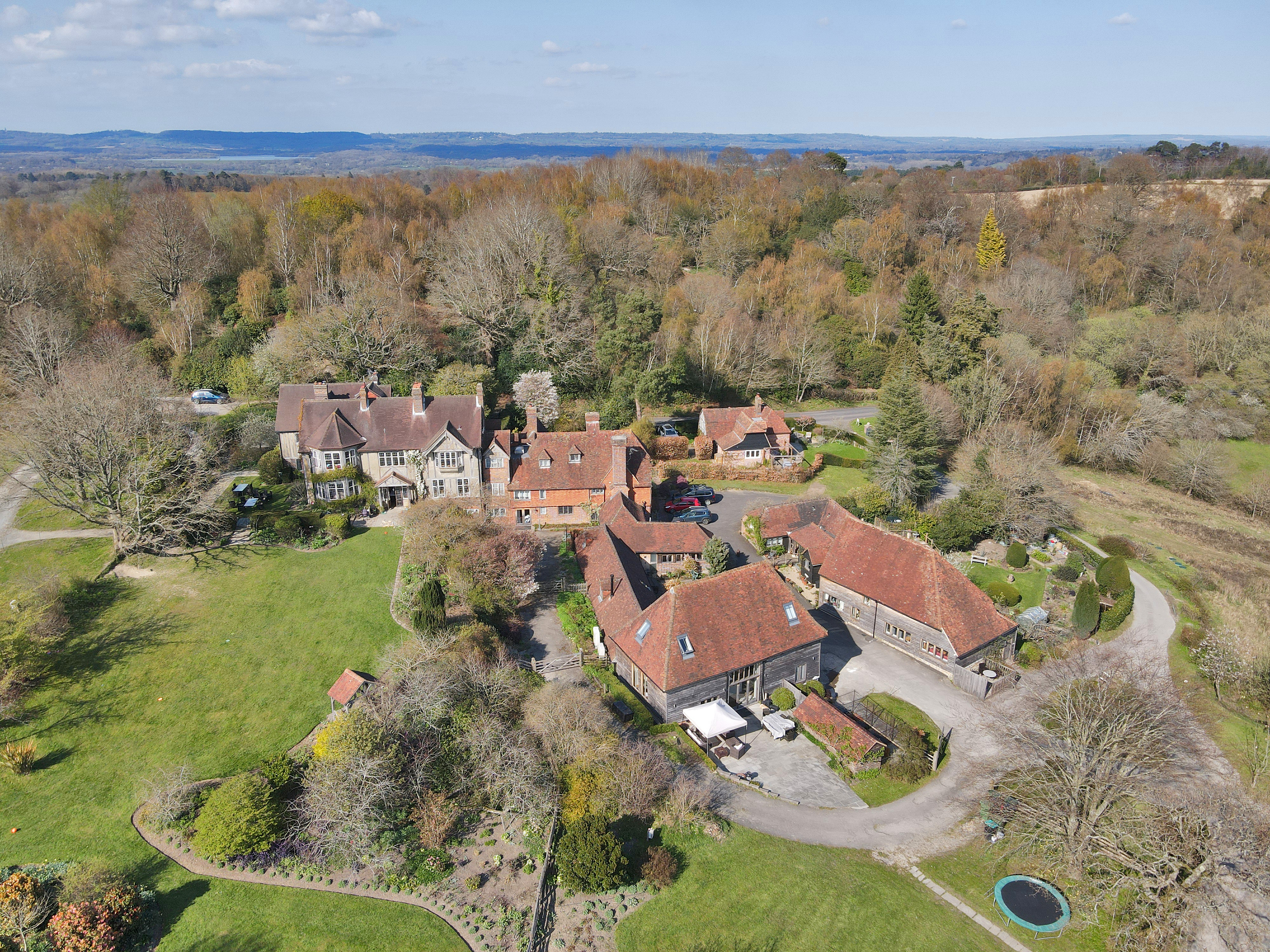 Hoath House in Chiddingstone in the heart of Kent some 10 miles from Tunbridge Wells is a large medieval manor house which has been in the Streatfeild family since the early 16th century. This magnificent 8 bedroom house has large reception rooms on the ground floor and has an adjoining impressive Tudor Wing with a further 8 bedrooms and many classic features remaining. A further separate wing comprises of a converted 16th century barn and adjoining flat. On the other side of the courtyard lies a large converted bungalow wing with its own self contained annex.

A renowned wedding and hospitality retreat lying in extensive gardens of nearly 10 acres it is a spectacular holiday escape with superior accommodation. Other facilities in the grounds include luxury camping pods and a swimming pool.

Steeped in family history it is but a short distance from Hever Castle, once home to Anne Boleyn, Chiddingstone Castle and Penshurst Place.

On the other side of the lane a block of ancient woodland has huge sandstone outcrops and was previously the formal gardens to the house; and all this within 35 miles of central London. In the meantime, the business side continues to thrive and expand and is not affected by the sale.

James Tillard at RH & RW Clutton, East Grinstead office commented “This is one of the finest manor houses to come on the market in the area recently and particularly on the account of the opportunities it offers with so many uses.”