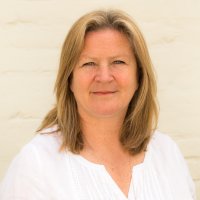 Pippa joined RH & RW Clutton in May 2016 having been part of Peter Hughes Country Property in Petworth since 2006. Originally a trained nurse, Pippa moved in to the world of Estate Agency in 1987 when she started working for Jackson Stops in Chelsea as a sales negotiator. After two years Pippa was headhunted to join the firm Aylesford & Co on the Kings Road, Chelsea as a senior negotiator and she remained there for just over ten years. After a short career break and a move back to her home town of Petworth with her young family, Pippa set up a small independent property finding business which kept her occupied until returning to agency with Peter Hughes.

Petworth has been home for Pippa since 1974, having moved in to the area with her parents as a child and following a short interlude in London. Pippa is married to Jeremy, currently an officer in the armed forces and has numerous interests outside her work in estate agency. She is still kept busy with a daughter who remains an avid horsewoman in her late teens. Pippa has been a very active volunteer and committee member for the Cowdray Hunt branch of the Pony Club, and has recently retired as membership secretary after a spell of five years.

Pippa is based in the Petworth office.

We offer a comprehensive range of property services