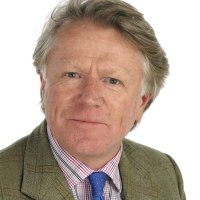 Tim retired from the Partnership in 2012 and is now a Consultant of the Firm. Tim joined RH & RW Clutton in 1972 when his Father was Senior Partner, and was made a Partner in 1974. He had previously worked with Cluttons (Canterbury and London) and Knight Frank (London) whilst taking his surveying exams. He qualified as a Chartered Surveyor in 1972 and is also a RICS Registered Valuer.

Tim was instrumental from the early 1970's in the firm becoming engaged in the acquisition and management of agricultural investment portfolios for major institutional clients throughout the UK which has led to the opening of small management offices in Hereford and Lincolnshire. He has also been responsible for the management of some of the finest privately owned agricultural estates in the South East. Tim has been the firm's auctioneer and has enjoyed selling a wide variety of property throughout the UK.

When not working, Tim is a keen sportsman and enjoys shooting, tennis, swimming, family golf, and riding his youngest son's polo ponies on Ashdown Forest.

Tim is based in our East Grinstead office.

We offer a comprehensive range of property services